Australian and New Zealand herbaria house over eight million plant, algae and fungi specimens. Herbarium specimens are an important resource for research on the Australasian flora and provide a permanent record of the occurrence of a species at a particular place and time. The AVH provides access to the collecting data associated with these specimens.

Herbaria are active research collections that are used for taxonomic, historical and ecological research (AD 234223). 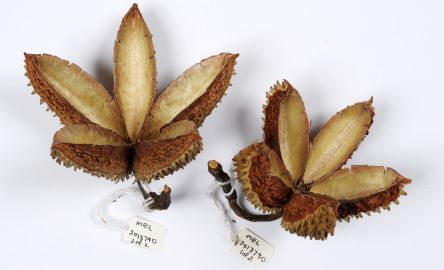 Herbaria often contain separate carpological collections to house large fruits – such as Banksia cones, pine cones and these fruits of Flindersia australis (MEL 2013790) – that are too bulky to be mounted on a typical herbarium sheet. 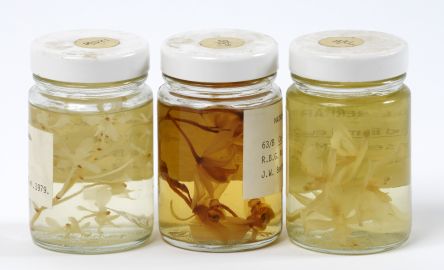 Although most plant specimens are pressed and dried, some – such as these orchids – are preserved in alcohol in order to retain important diagnostic characters that would be lost upon drying. 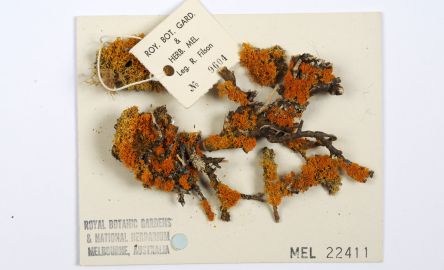 As well as vascular plant specimens, herbaria house collections of cryptogams, fungi and algae, such as this specimen of the lichen Teloschistes fasciculatus (MEL 22411). 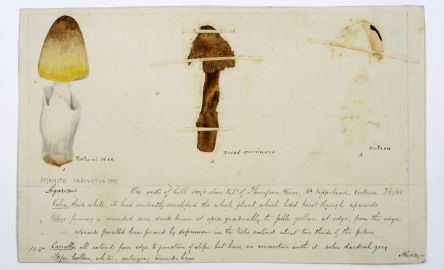 Important diagnostic features – such as the colour and form of fungi fruit bodies – can be lost when specimens are dried, so illustrations and photographs are often used to record these details prior to preservation. In addition to specimens collected within Australia and New Zealand, many Australasian herbaria contain important collections of plants, algae and fungi from other countries.
Previous Next